With pieces of tape the same color as the sign's background, you can make EXIT signs more spooky for Halloween. 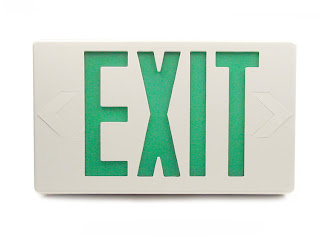 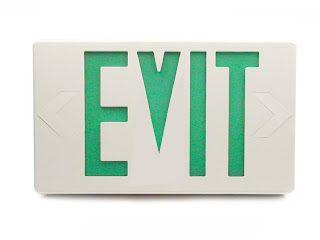 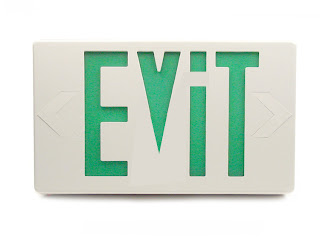 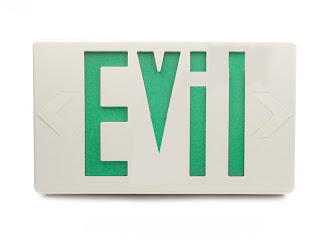 This guy just made himself comfortable out on the street. I admire that ability to just not care what anyone thinks. I never bought anything from this street vendor because I felt bad to wake him up. He looked so content. 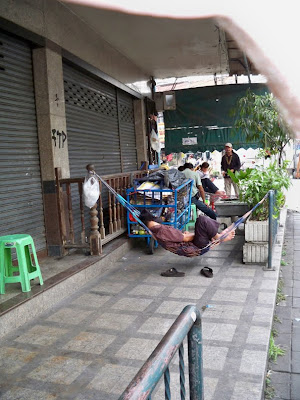 I have no idea 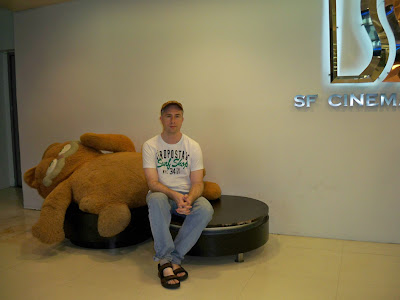 At first I thought the name of this store was GOD, and went, "Wow! That's rude!"
Then on closer inspection I realized it was called COD. That's still not much better. 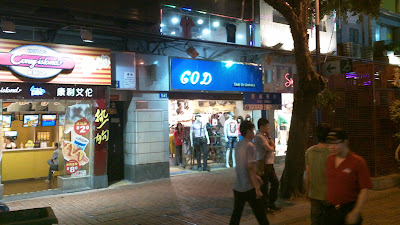 This store mannequin looked like Jonny Quest to me. Even though all they sold were purses I had a compulsion to give them money just because of the mannequin. 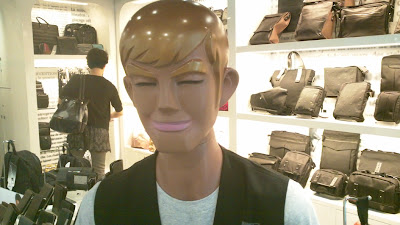 I know by the look on Mei's face she was wondering why I took a picture of her buying a purse. That's just what I wanted her and anyone else watching to think. I was really trying to get a front and side profile of that Jonny Quest. 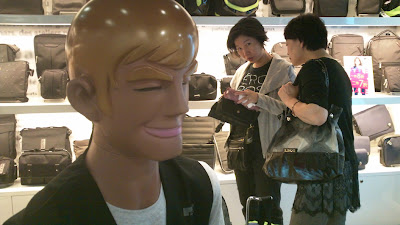 They're very unfriendly when it comes to cameras in stores in China. I've been told to get out several times. Mei told me they thought I was a competing business trying to learn their secrets.
Posted by KW at 5:25 PM 7 comments