This guitar project just passed a massive milestone (way better than passing a massive kidney stone) and it's smooth downhill sailing from here on out.

My friends at work helped me out a ton on the finishing. I was asking them how to do a gradient dark-to-light blend in the stain and they told me it would be best if I kept my hands off it and let them handle it. That sounded good to me.
After seeing how much was involved in the process I was glad I didn't attempt it. First it got a light even stain over the entire surface. 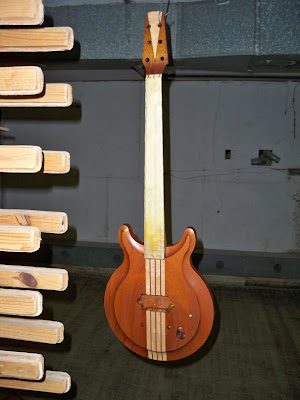 You can see the grain patterns popping out very nicely at this point. I think if I were doing it myself I'd have probably said "That's good!" and stopped right there. It kept getting better though, as they did the entire process. It took about a week and a half for everything because it would need to cure over night between each coat. 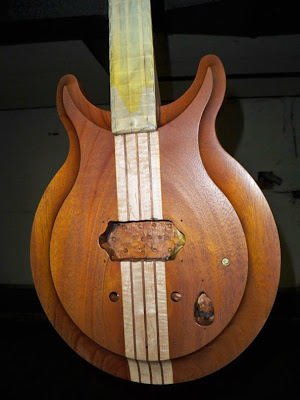 After it was stained it got a coat of sealer, and then they did a process called glazing, where they brushed on a thicker, pastier, gooier stain. Since it had a coat of sealer beforehand, the glaze couldn't soak in to the wood and they were able to control where it went. They made it darkest on the outer edges, and then they used clean brushes and rags to fade it to nothing in the center of the body. Also during this step they brought out individual lines in the grain pattern by adding and removing glaze in certain places. Compare it to the 1st picture to see the difference. 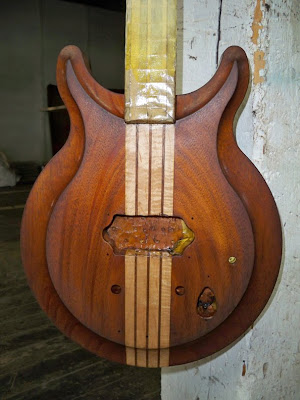 When the glaze cured they coated the front and back, I don't know how many times, with lacquer. 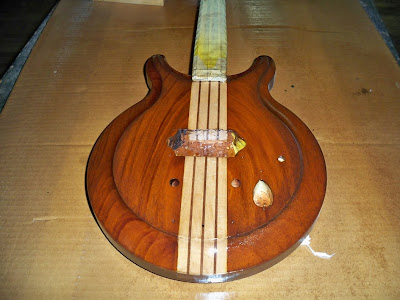 I think the back looks even more beee-yoooo-ti-fuller than the front. 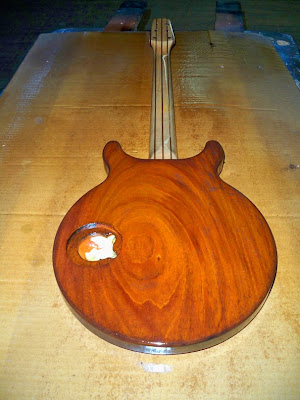 After the lacquer process was done, it glistened like it was wet. I could see myself in the reflection almost as clearly as in a mirror. Then it was hand rubbed to tone down the shine and give it a satin surface. It's very difficult to get a good non-glare angle with my flash camera, but it looks way better than I'd ever envisioned it in the beginning. 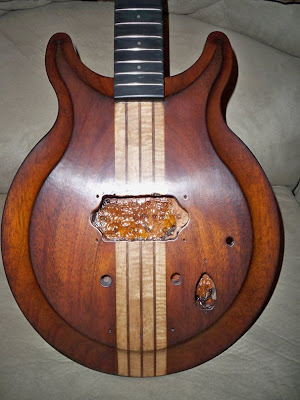 Although tilting it gets a more accurate representation of the color, now in the photo it doesn't exactly show how shiny it is. Lucy and her rawhide chew are in there for size comparison. 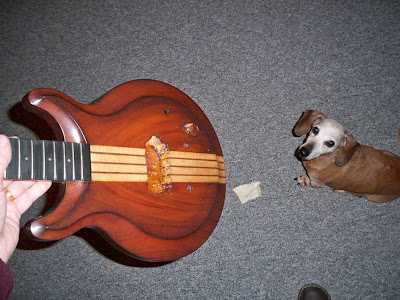 Here's the back side. Look at Lucy; she doesn't even care. That sort of hurts my feelings. 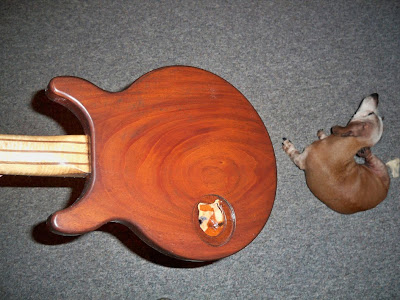 All that's left now is to screw the hardware onto it. There's a little soldering to be done as well. That solder has lead in it. I don't like the idea of messing with lead. I'm gonna make a personal note to be sure not to eat any of that solder while I have it out. Now they make lead-free solder. That's what I'm getting next time. See? It's best to just avoid temptation.
Posted by KW at 2:11 PM 6 comments

Here's installment number two of Wally Waldo, the boy who gets nervous and says exactly the wrong thing every time. You can see part one by clicking HERE. 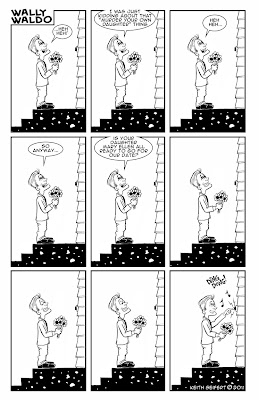 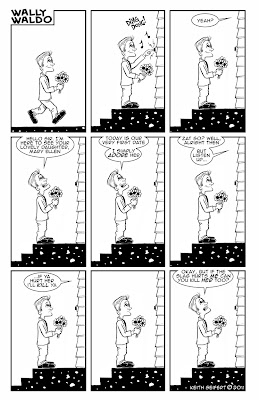 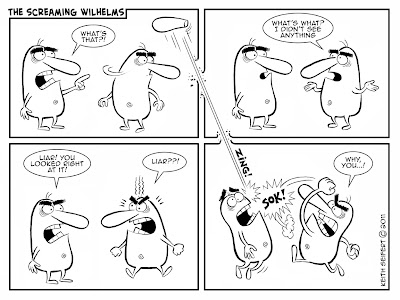 For more of the Screaming Wilhelms click HERE.
Posted by KW at 9:58 PM 12 comments

WHAT IS THIS WIENER DOG STARING AT?

I wonder when Lucy looks at something for a long time like this, what is going on in her head. What does she think it is? Does it look like some kind of tool by which she could either eat or sleep(her two main functions) more easily? Maybe she could rest her head in there and relax better? What is her plan? 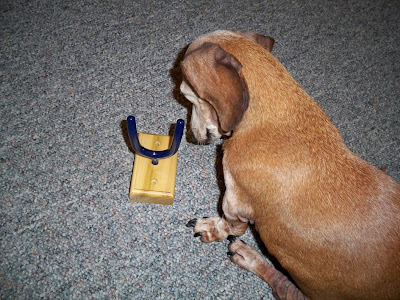 Actually it's a wall-hanger for a guitar. There's a small room in my house with too many guitars all on stands on the floor, and there's hardly any room to walk in there anymore. This is a hook for hanging shovels and rakes. I got it at Menards for about $1.50. 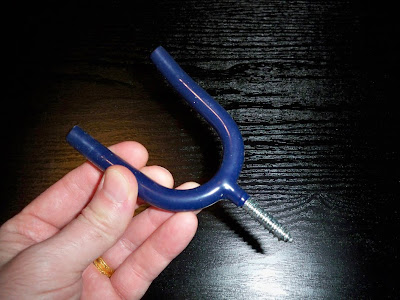 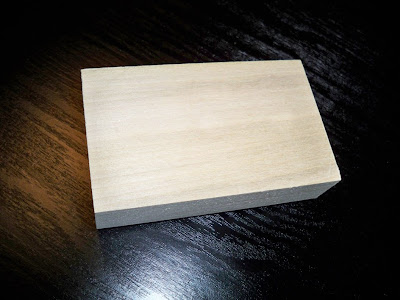 A random shape was routed into the edge just to make it purtier. 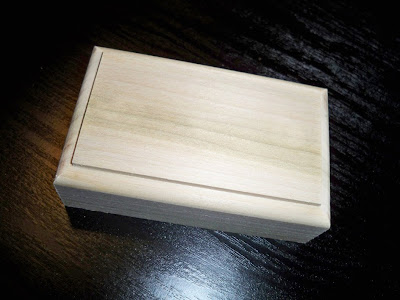 A 1/4" hole was drilled in the center, and 2 screw holes were drilled on each side. 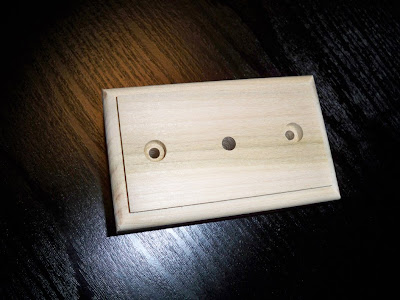 That shovel hook was twisted into the center hole 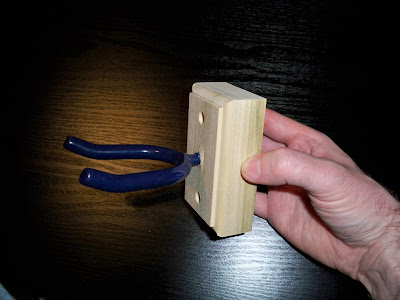 And Tada! It fits every single guitar I have. 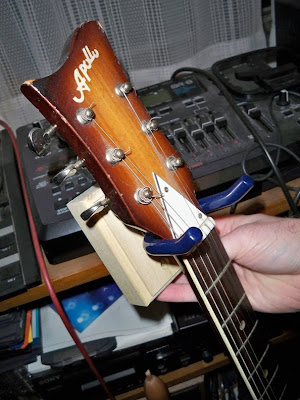 It got a few coats of Krylon clear satin acrylic spray and it's ready to hang on the wall. I'll have to make sure I find a stud for this thing since it's gonna be holding a lot of weight. 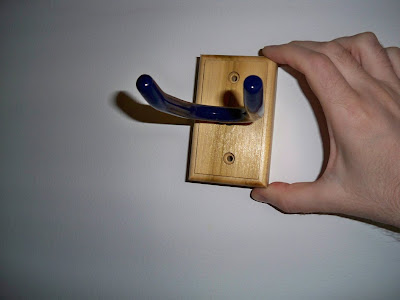 It was so easy and cheap I went ahead and made a bunch of them. This is gonna clear out an entire room in my house. It'll be like moving into a bigger home! Yee ha! 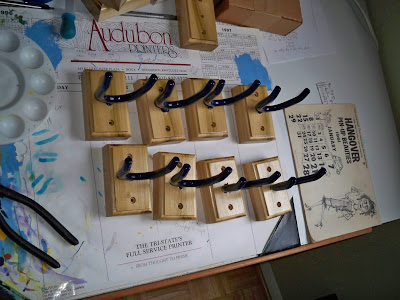 I don't know what possessed me to spend the time drawing this up. Is it funny? I'm not sure. The idea of this actually happening slightly amuses me for some reason. 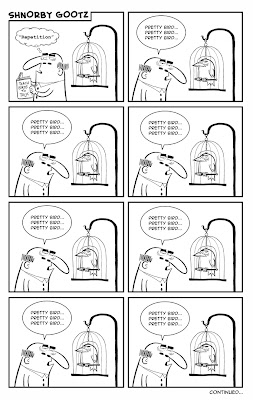 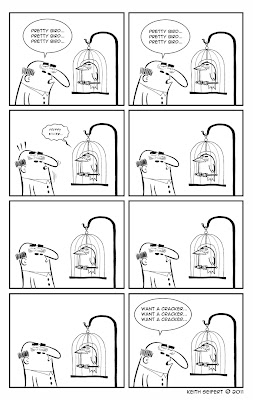 Here's number 3 in a set of Spike the Self-Conscious comics. You can see more HERE. 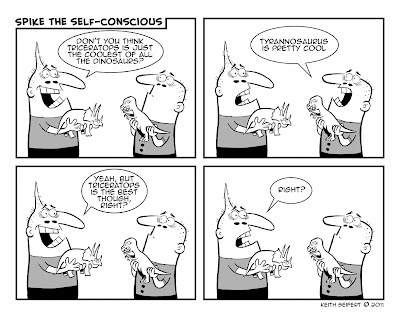 I think Spike is the saddest, most emotional character I've ever made.
Posted by KW at 1:24 PM 5 comments

Here is the second Spike the Self-Conscious comic. You can see the 1st one by clicking HERE. 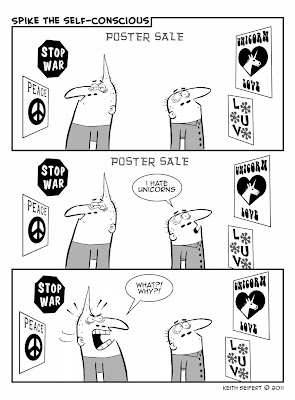 This was the original version. It seemed like it kept needlessly going after the joke was already over. I'd be interested in what other people think. If you have a long horn on your head you don't need to comment. I already know how you feel about all of this. 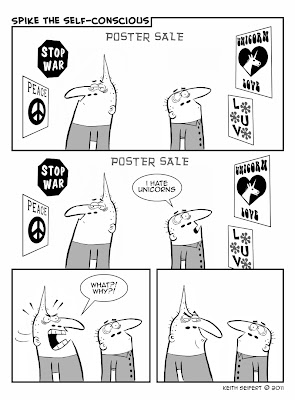 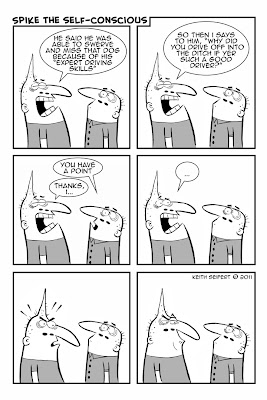