I found these at a flea market. I've been looking for Mr. Peanut stuff for a while. 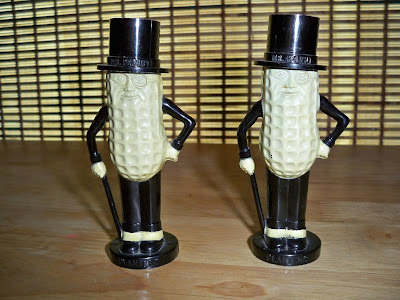 My dad didn't like us having Mr. Peanut stuff when we were kids. Now I crave it because it was forbidden for all those years. My dad never liked Mr. Peanut and said he was bad. My mom didn't understand why he hated Mr. Peanut so much and asked his mom. My grandma confessed when my dad was a very young kid back in the 1950s there was a guy dressed up in a Mr. Peanut costume handing out packages of peanuts to the kids.
My overly protective grandma told him, "He's a stranger! Don't take those peanuts!"
Being at such an impressionable age, after that he grew up thinking Mr. Peanut was some kind of evil and demented sicko. 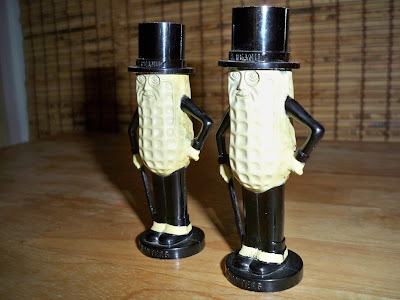 Next to a wiener dog for size comparison. 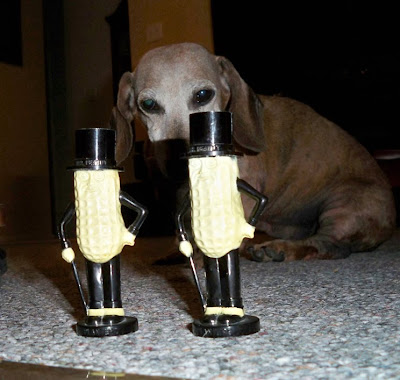