Kind of a palindrome but not really. Not exactly an ambigram either, I guess, since it doesn't work upside down. I made this name to look the same when viewed in a mirror. Is there a word for something like this? 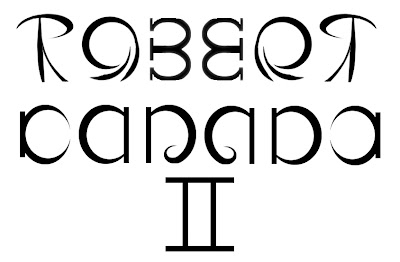 This is my own name "Keith." This one is an ambigram since it works upside down. I like this one because it looks the same 4 different ways: Straight on, upside down, in a mirror, and upside down in a mirror. It's like a 4-piece pie with a center point. I still can't figure out a good way to do my last name "Seifert" but I haven't given up. 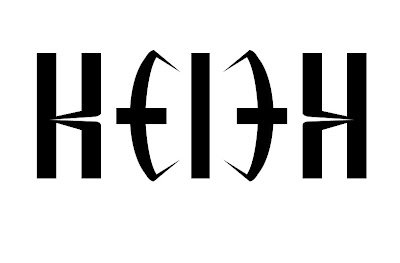 I've made lots of these for my friends and family. I think I like these because I like symmetrical stuff.

When I was around 6 or 7 years old, I didn't want to wear a baseball cap because it only had a bill on one side. I was almost okay with a Sherlock Holmes hat since it had 2 bills, but what would have been the ultimate perfect hat would have been one with 4 bills pointing in the north-south-east-west directions. I remember approving of the Gilligan hat.