HOW TO MAKE A GUITAR-PLAYING EGGROLL part 5

I'm continuing the eggroll guy project I started in my previous posts. Today I'm gonna concentrate on the base and legs.

The 1st thing I did was cut out an oval for the base. It's about 1" thick. The eggroll guy is fairly weighty so I wanted the base to be large enough to keep things from getting top heavy. 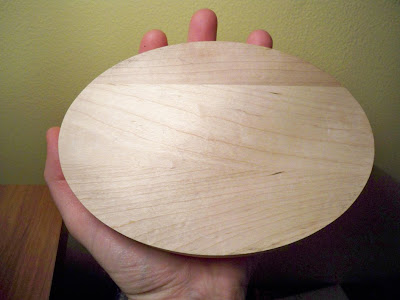 I cut out some feet on the bandsaw. I did the side view 1st and then rounded off the corners on the top view. afterwards I rounded them up with a chisel. 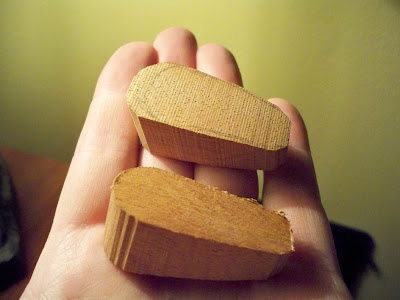 A shape was routed into the edge of the base just to fancy it up a bit, and then the carved feet were glued into place. 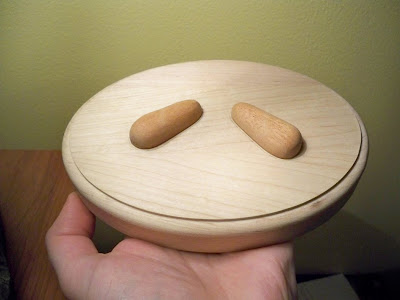 Since I didn't want the legs to go straight up at 90 degrees, and I wanted them to tilt out away from each other at their tops I couldn't drill holes for them in a drill press. It required hand drilling and eyeballing angles. This is the back side of the base where the holes pierced through. 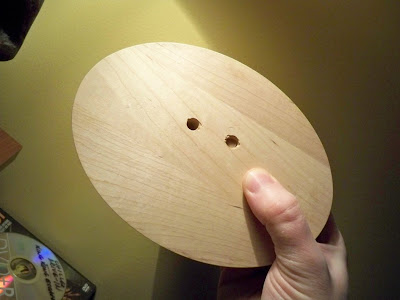 I drilled a hole in the body and I glued a dowel into that hole. A leg! In the drawing the length of the leg is about the same length as the foot, so I pulled the dowel through until it was about that size. 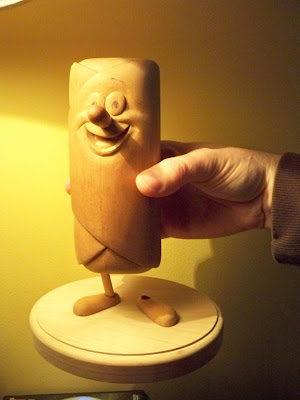 Here's a closeup of the feet. Before the glue dried I twisted the base around until the other foot hole was aimed up in the desired spot on the body. 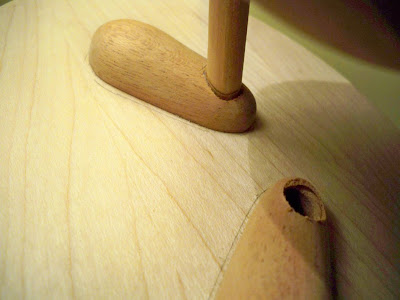 After the 1st leg dried I drilled a hole in the body for the other leg. 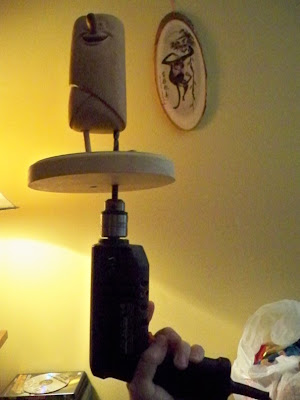 A dowel was pushed up through the base and into the body and glued into place. 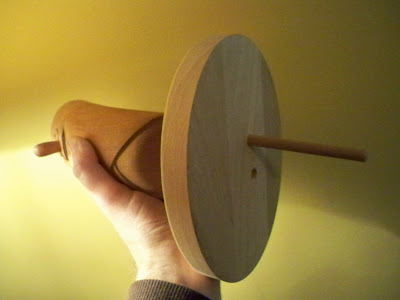 After trimming off the extra dowel from the bottom of the base the legs were done. 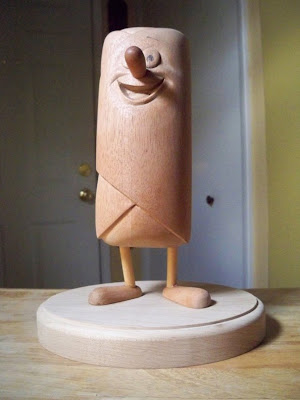 The angle of the legs was important to me. I wanted the line of action in the arched body to follow through into the legs. 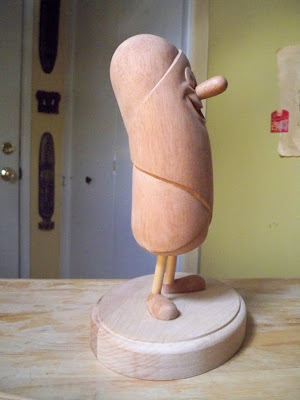 Since the legs pass all the way through the base they're purty sturdy. Even though it looks like the feet are helping to support the weight of the body they don't really do anything.
Tomorrow I'll make his arms.
Posted by KW at 11:24 AM