HOW TO MAKE A GUITAR-PLAYING EGGROLL part 9

This guitar-playing eggroll guy is done! Finally. See the building process for this guy in my previous posts. He is a 3D version of the 2D mascot of Wok N Roll restaurant here in Evansville, IN.

After painting him, I glued in his arms and the guitar, and clear-coated him with Krylon brand clear acrylic spray. I used satin finish rather than gloss so he didn't get a shiny glare are certain angles. 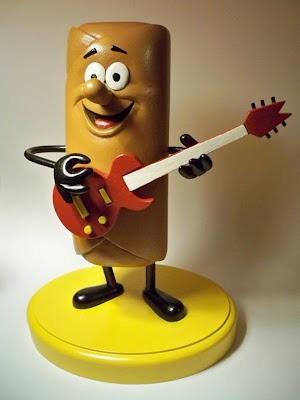 Here are some random shots.
FRONT: 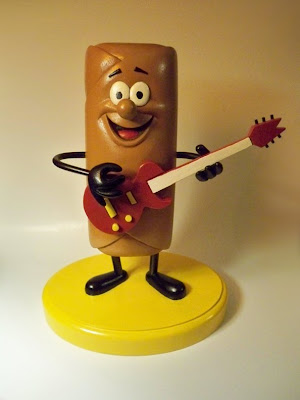 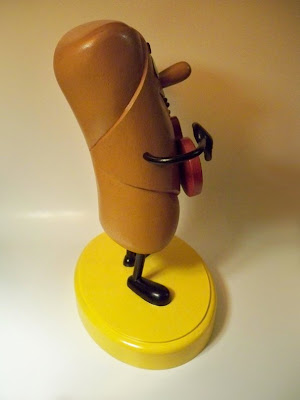 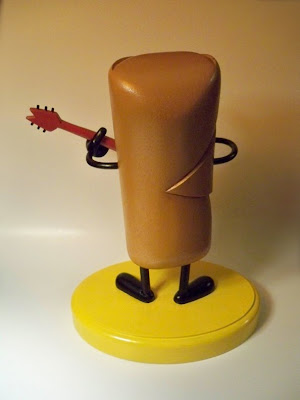 He seems slightly stumped or thoughtful in this picture, like he's in the middle of a song but forgot the lyrics. 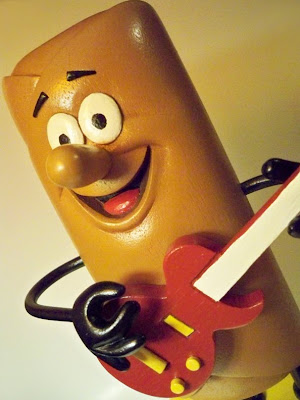 BACK SIDE OF NECK: 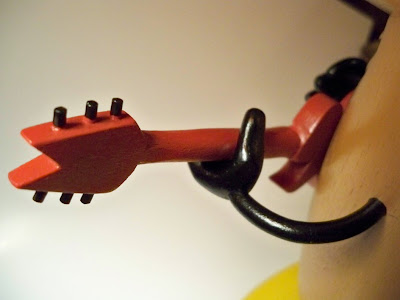 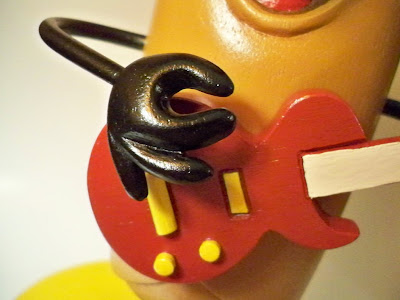 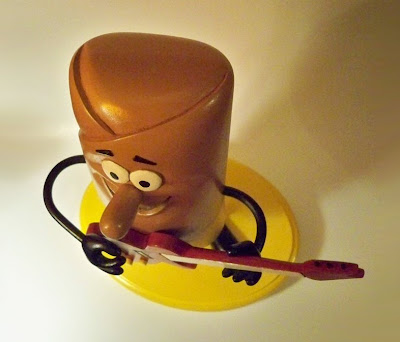 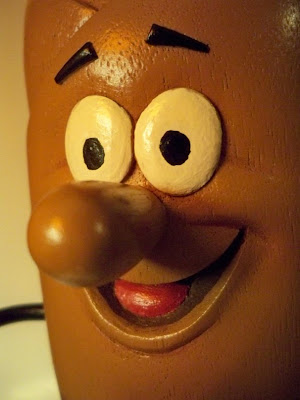 I gave him to Jane, the lady who owns the restaurant and she seemed very happy. She's trying to think up a way to display him where he can't be broken. He looks just like a toy so it's highly likely he'll eventually get his arm(s) twisted off by kids. The goal though, is to let him keep his arms where they are.
If anyone has any ideas as far as displaying him let me know. My 1st thought was to put him in a bubblegum machine globe. They make giant glass globes. I don't know where I'd get one but I know they exist.
I cobbled together some photos and made this clunky animated spin. The music was created by my brother Kevin and me.
Posted by KW at 8:23 PM