HOW TO MAKE A GUITAR-PLAYING EGGROLL part 7

It's alive! It's alive! HA HA HA! (I hope you guys know that reference so I don't just appear to be insane.)

This is the last step in the building process of this eggroll man. All that remains is painting. You can see the earlier steps in the my previous posts. 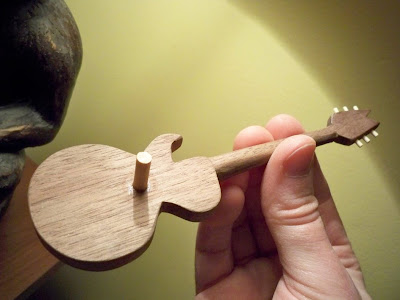 Also I put some eyebrows on him. I thought since the eyebrows were actually drawn on the design it made them significant, so rather than just painting them on, I wanted them to have substance. 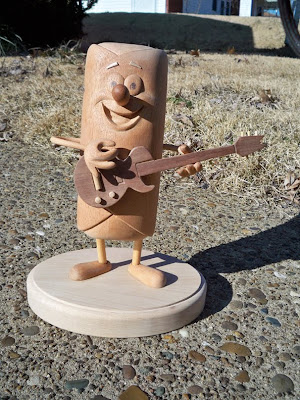 Here's the side view: 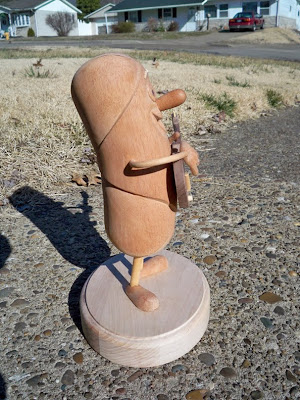 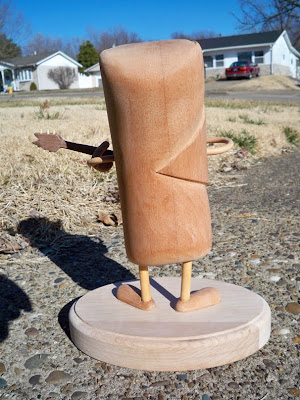 Neither the guitar nor the arms are glued in yet. It will be easier to paint the separate pieces beforehand. 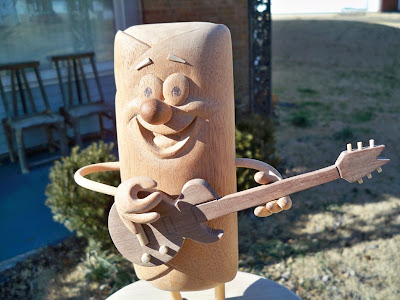 He's very much like a model kit now. Tomorrow I'll paint him and glue the pieces together.
STAY TUNED
Posted by KW at 9:32 AM