My buddy Wayne found an rusty, broken, old 1960s Japanese guitar in his friend's garage. He and I were salvaging usable parts when tragedy struck. He needed the fretboard for a project he'd already started but when he was removing it from the neck it broke in half.

I didn't see it happen but I'm sure he wasn't too happy about it. It sat in the garbage for a day or two. I've been wanting a ukelele-sized guitar for a while so dug it out of the trash. Fortunately it broke off at the skinny end. If it had broken off at the fat end I couldn't have used it. 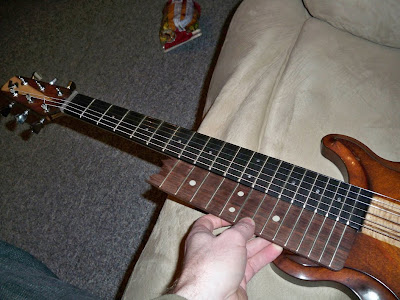 With a little cleaning the tuning keys were usable too. 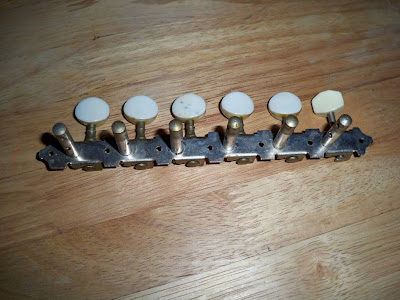 I cut this strip of keys in half because I needed a symmetrical setup with 3 on each side. It was cut at a diagonal so there would be a little bit of metal I could drill for screws. It ain't pretty, but it's ugly. 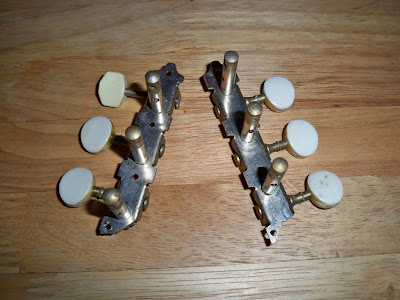 I saved as much as I could on the fretboard. It ended up with 13 usable frets. The top one is going to have to be removed because the nut will go there. 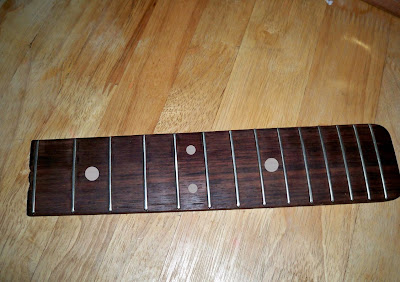 The fret markers are now in the wrong place since the top end of the fretboard was lost. There was enough of the broken end to cut 4 plugs of wood. The incorrect fret markers were drilled out and patched with the plugs. Tada! 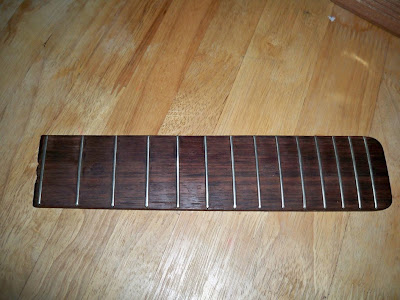 You can barely see the patches since they're made from the same wood. You gotta look really close. 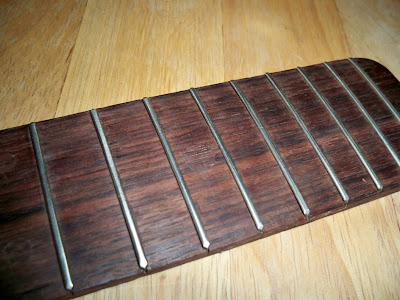 I had two cigar boxes to choose from. My original first pick was this one with the cool designs all over it. 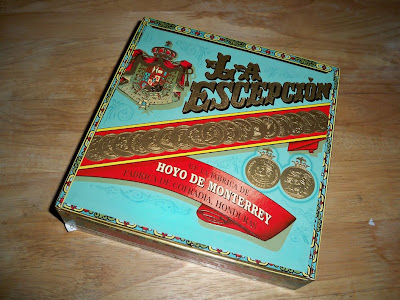 Inside had another loose label. I thought I could use that to cover the headstock so it all matched. The only bad thing about this box is the size. It's really tiny. I doubt I'd get much sound out of this little thing. 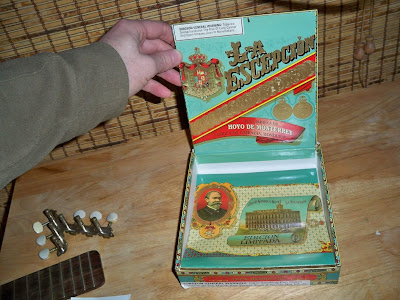 My second option was this larger, but more boring box. Even though it's not anything to look at, the size is perfect. 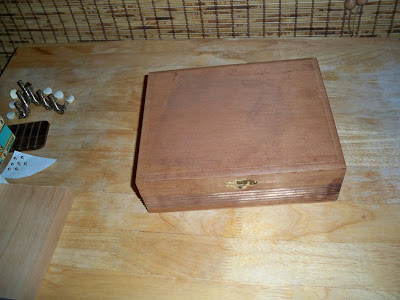 It's pretty well built too, with finger-jointed sturdiness. 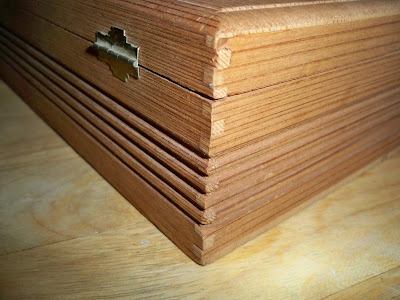 There is a design on this box but it's on the inside, which does me no good. 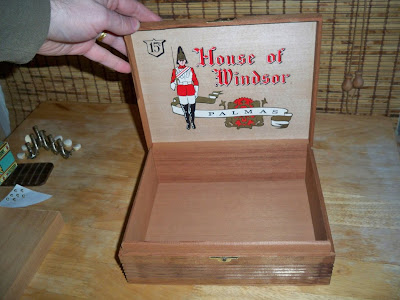 After tormenting myself over this for a couple days I realized I could just google search for high res cigar box labels and print and glue it on myself. These were my 2 favorites. The "Crusader" seems obnoxiously funny to me.

The other one I liked was the "Big Wolf." In the end I thought this one was better and funnier since it said "BIG." That seemed even more obnoxious for a mini guitar. 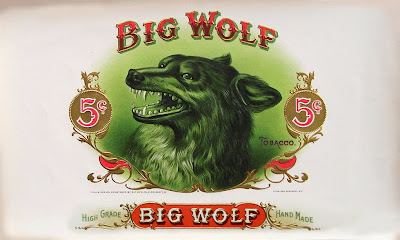 Stay tuned. Tomorrow I'm going to carve out the neck.
Posted by KW at 3:17 PM