Here are some post-it note doodles that have been scanned and colored. I like the look of simple 2-tone shades much more than airbrushed shading when it comes to black outlined drawings. 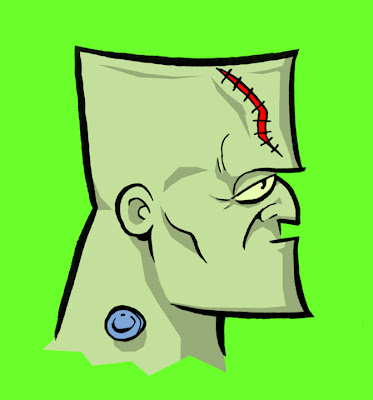 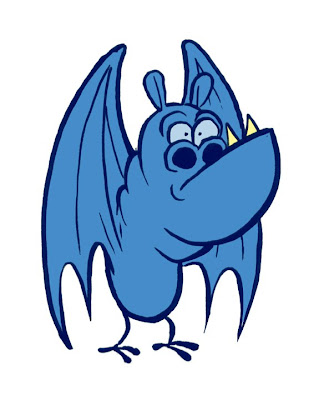 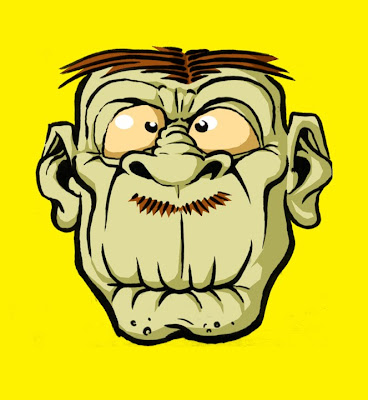 I don't enjoy modern comics because of the airbrushed shading they all have. I don't know exactly why it bothers me so much. Maybe it's because of nostalgia for the older flat color style. It wouldn't bother me so much if all the objects had a singular light source, but when I see them it looks like different objects in the same picture are lit separately in a way so each object has it's own uniquely-placed spotlight.

It's weird (to me) to shade something if it's already outlined. If it's shaded then the outlines aren't even necessary. If something isn't shaded then outlines are needed to delineate the forms and shapes. Having both is like wearing boots on top of shoes.
Since I'm already whining about comics, also I don't like the shiny glary paper. I liked old newsprint. It's both cheaper AND easier to see. Also it tones down the gaudy primary colors into something pleasing. I miss the advertisements too. Twinkies ads were just as fun as the actual comics pages.
I always wonder if they quit spending so much time airbrushing, and used cheap paper, and made the books half-full of ads if I could afford them again.
Whoever's in charge, hurry up and fix this stuff!
Posted by KW at 8:50 PM