The final day of my Cigar Box Guitar Project:
At the last minute I decided I wanted the strings lower so I sanded some off the bottom of the bridge. Then the tail piece was taller than the bridge, so I had to cut some grooves to set the strings down lower. It was still close so I also put 6 screw-eyes in between to pull the strings down behind the bridge. 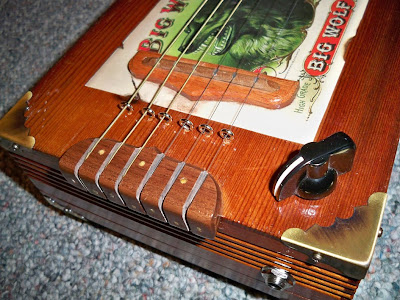 This is what it looked like before the screw-eyes were put in. I only uploaded this picture because Lucy was in it. 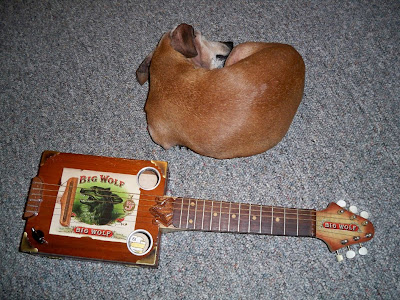 This is the actual final version. 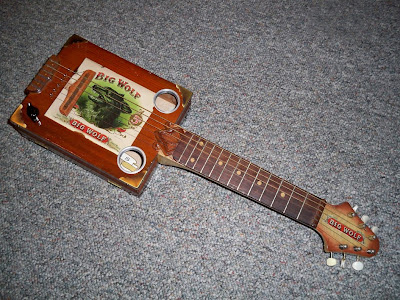 The sound is sort of banjo-ish. It's very loud too, which surprised me. I figured the size of the box was proportionate to the volume, but I guess other things also affect the volume, like the kind of wood, and how thick it is, and where things are located on the top surface. 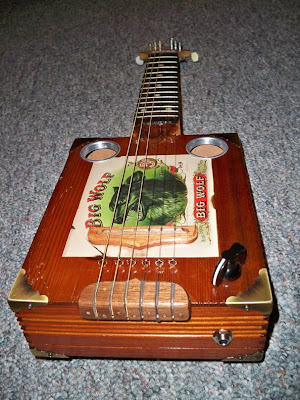 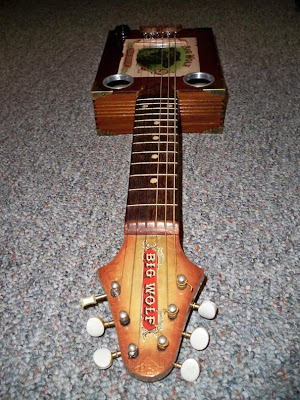 In addition to looking fancy I think the paper labels act a little bit like veneer as far as aiding in the prevention of expansion and contraction of the wood during temperature changes. 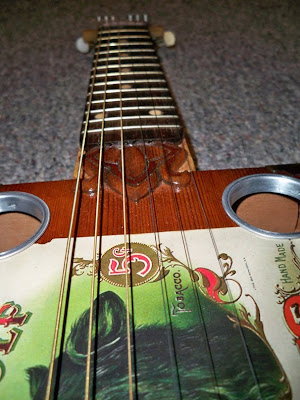 Here's what the Big Wolf sounds like unplugged. I don't have an electrified Wolf video because the amp is in a room too messy to film.

The only downside to having a tiny guitar is the tininess. Depending on the day, sometimes it's awkward to hold onto. It's fun though because it's so quick and handy.
Posted by KW at 2:42 PM