Day 6 of my Cigar Box Guitar Project:
Due to the shortness of the fretboard there's a 1" space on the neck where there is no fretboard, so I made a decoration to cover that spot. 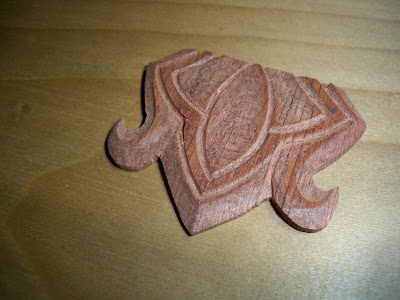 This is a dry fit to show what it'll look like in place. 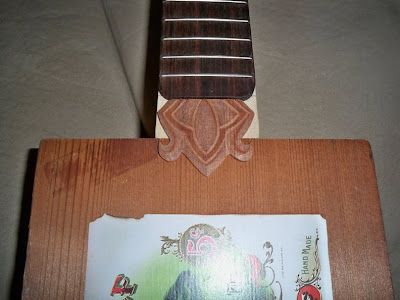 Also I started the tail piece. It L-shaped so it'll fold over the back edge of the box. There are 6 slots in it for the strings. 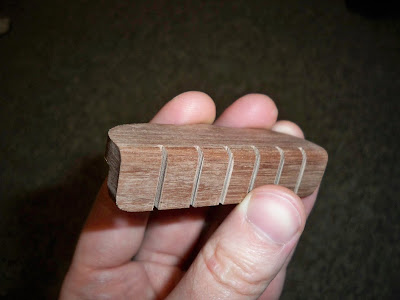 In the upper right corner of this picture there are some corner brackets. I wanted the lid to be held firmly in place when shut so these will be glued to the 4 inside corners and act as a lip. I believe that'll prevent the lid from shifting around side to side. Otherwise I think the hinges would eventually get wiggly and snap off. 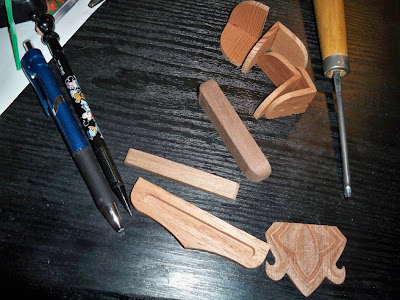 Here's a dry fit for the tail piece and the bridge. 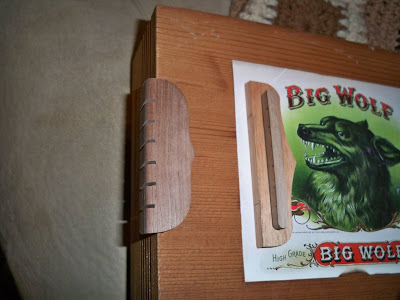 Sometimes when I'm concentrating on a project and I've been in the zone for a while it'll suddenly occur to me something's been gently trying to get my attention. When I look down I see Lucy shaking hands with my foot hoping it would get her a treat. Eventually I'll give her one and she'll be satisfied and flop down to fall asleep again. 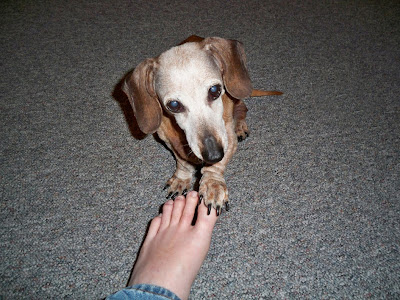 Toothpicks were used to attach the tail piece to the body. After the glue dried I cut them off flush. 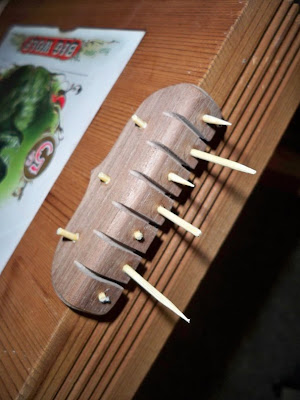 I glued the neck decoration in place and called it a day. Lucy tried to shake hands with the guitar. I suspect she thought it would give her a treat. 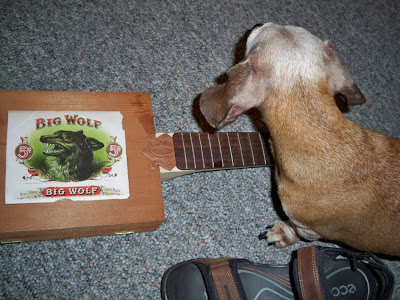