Here's the 1st comic strip (of 2 completed so far) featuring a new character called Blood Count. (Get it? Wakka wakka!) My goal will be for him to die at the end of each comic strip, but I'm open to the idea of him living as long as he's miserable. 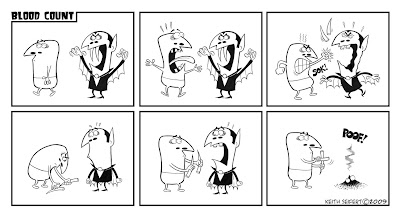 I couldn't decide whether to call him Blood Count or Vlad the Imp. I liked both equally. The only reason I went with "Blood Count" was so the next comic strip (coming Tomorrow) would work. Below is the exact same comic strip with a different title. 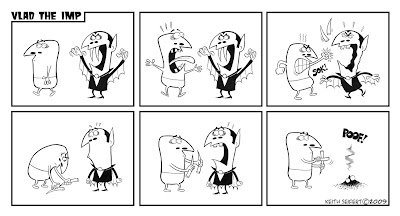